In March when the stay at home orders just went down my good friend and current San Jose State English Professor Keenan Norris called me up tp talk about one of my favorite poems of all time The Idea of Ancestry by Etheridge Knight. Please watch the video that I created and let me know what you think. 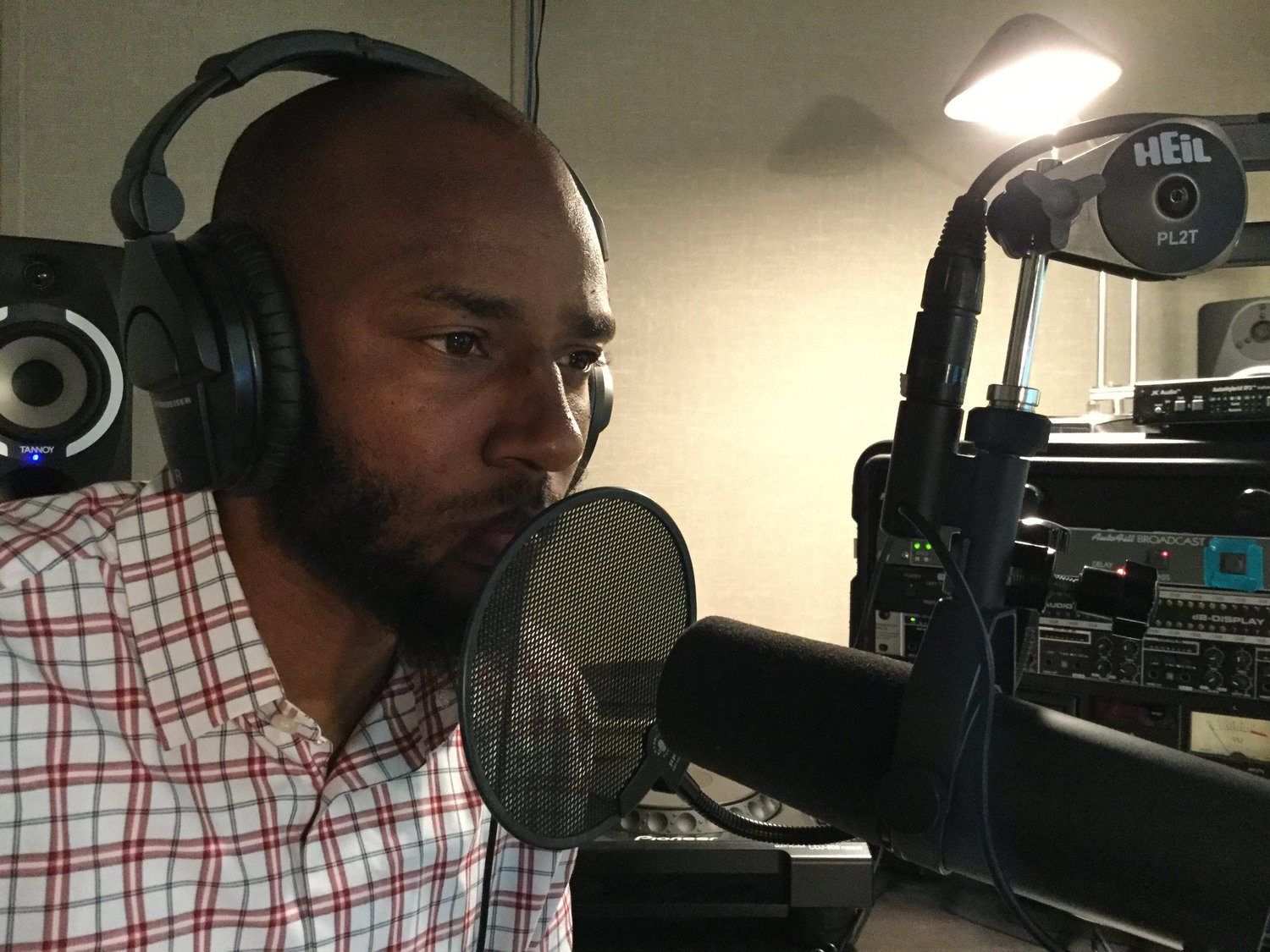 Do you want to know how I feel about Mr. Kanye West’s now infamous slavery is a choice interview? Well listen close–I got you, but WARNING my opinions may shock the hell out of you. In this episode I’m also speaking on black people’s voting habits, Candace Owens, and of course how this entire economy is built on the failures of black people. So click on the link below and tell me what you think. Thanks for the support. 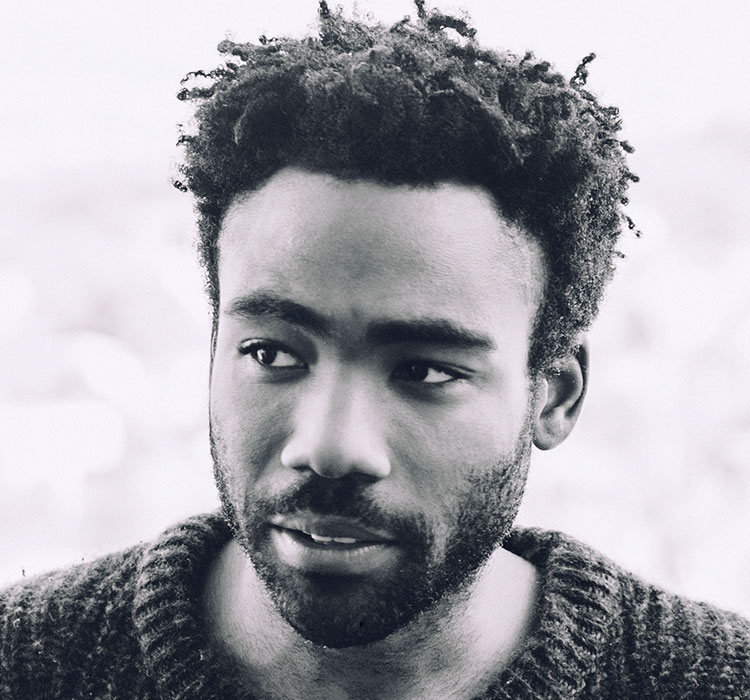 Listening to this jazz band it’s hard to conceptualize that this music used to belong to us. Can you Imagine Charlie Parker being as big in the hood as Gucci Mane? Can you see Billy Holiday being as popular as Nicki Manaj? I honestly can’t, because we completely shifted. We gave that up and started anew. For the projects have been lionized while the ghettos are being sanitized—many of them have been completely liquidated.

Boy you better wash your hands before you touch that food.

There ain’t a clarinet to be found in a trap music beat, not an oboe neither, and there’s barely a trumpet either but it’s all good though. Just because you give a man lean to drink and pills to pop don’t mean you take away his soul. Ain’t no dope in this world that can chase Africa away. Africa is still gone be in your bloodstream. Ghana is still in the bone marrow. Nigeria is still in those hips, and you know Sierra Leone gave you those lips. So when you listen to Future you can hear my past. When you look at Two Chainz you can see Mansa Musa. The Migos could be members of the mighty Ashanti Empire. Up from poverty! Up from the bottom of the boat! Up from being down—you feel me?

We ain’t going back to Africa and we don’t have to because we brought Africa here. You may not be able to see it but you know you feel it. If you stand still for too long it will touch your spirit and make you move. All eyes cast downward—down to Atlanta. Since Outkast, since Goodie Mobb, since The Dungeon Family. Have you seen the show yet? Have you seen what Donald Glover has done? He never stops putting in work and I know that W.E.B Dubois would be proud of the beautiful wings that grew from his most beloved city. I know Dr. King would be proud. I’m not sure they ever seen this coming but the ATL is at the center of the black world, and has been for the past twenty years. The mecca ain’t Harlem, it ain’t D.C., and it ain’t Chicago neither. It is that city within a stone’s throw of master’s plantation and its glory was created by all those negroes that never left to work on the shipyards of California or in the factories of Detroit. All those faithful black folks that never gave up—that never left. And even a few that moved back down. The ones that got educated in the A.U.C. and saw that rich Georgia soil so they decided to plant seeds. This is what the ancestors down there in the black belt must have dreamed of. This is what W.E.B. wrote about when he asked “How does it feel to be a problem?” Now the brothers and sisters down there have created a solution for so many of us. Do you hear the music? Man that right there is slapping! Man turn that up. That’s the ATL.

by RP
by RP

What does mental illness mean when you are a black person living in America? Everyday is more distressing than most people will admit and it seems as though the days are getting longer. I was searching for escapism on social media. I found myself on Instagram looking at goofy vines. It worked for a while, until I stumbled across a video of a man being shot to death as he walked down the street. I watched this 15 second video about three times before I read the caption which revealed that the person murdered was not a man, on the contrary he was 17-year-old Laquan McDonald and the person who murdered him was a police officer.

I do not think that an American born person who is not of African descent can understand the mental unease associated with having to fear the same people who are paid to protect you. Furthermore, if you are a black man living in America then what is known as paranoid schizophrenia is not a disorder as much as it is a strict interpretation of the world that you were born into because everyone actually is trying to kill you. There was a cover up in the Laquan McDonald murder that implicates members from every level of law enforcement in the city of Chicago. From other officers on the scene, to internal investigations, on up to the chief of police. Even mayor Rahm Emmanuel has blood on his hands. But only one officer is charged with murder and it took over a year for that to happen. So what about all of the other accessories to the killing? Why are they not being held accountable? How can members of the black community sleep at night knowing that there are officers of the law patrolling their communities who do not care if they live or die?

Sometimes I don’t get out of bed. Often times I don’t want to be around people. It isn’t uncommon for me to miss a meal because I just don’t feel like eating and I suppose if I hired some white man with a PhD in Psychiatry to tell me what’s wrong with me he would come up with a whole host of things that I suffer from and prescribe a whole dresser drawer full of pills—but I refuse to give him the satisfaction. I don’t know everything but I know that what the white man calls crazy is very subjective. What is not subjective is the fact that he created all the conditions that have led to this black man’s depression.

So how do we process the fact that if you are black in America the term mentally ill is completely synonymous with your consciousness? And the more aware you are that this country does not care about your existence then the more likely you are to implode. I struggle with how to deal with the melancholy truth that mental illness is our normalcy and to be sane is to be oblivious to one of the oldest American conspiracies. And that is that the masses of black people in this country must remain in a state of fear and unctuous servitude in order to preserve this nation.

Early yesterday morning I had the opportunity to listen to Mr. David Starkey, a white British historian, speak of black culture invading London to the extent that “The whites have become black.” Starkey further elucidated that the rampant materialism and embracing of a gangster code of ethics during the recent riots in that city was due, at least in part, to the proliferation of hip-hop music.

It was a very intriguing point of view that I hadn’t heard before. I’m not here to disagree with Mr. Starkey because at present I believe it would be counter-productive. After all I don’t think he was trying to be racist, overly simplistic, or malicious. All he was doing was speaking his mind based upon the bleak images of black people that he has been exposed to via the internet, television, and radio.

I’m aware that a man of his academic stature should have done more thorough research before he spoke so ill-advisedly to the entire planet, but the point I’m trying to make is that most people don’t. The vast majority of people in the world make assessments based only on what is presented to them, and when one considers how black folks are portrayed in the media this reality becomes extremely problematic.

In addition to this issue there are also a couple of local bay area rappers who just so happen to be white females (I won’t say their names) that have caused major controversy over their refusal to stop using the word nigga in their rhymes. They claim that they were raised around black people all of their lives and that’s how they talk. Although I believe they’re trying really hard to be disagreeable for the sake of record sales, the truth of the matter is it’s a lot bigger than that.

For almost this whole day I’ve been sickened by the thought of what has become of our race. At some juncture in time we became walking, breathing sources of entertainment instead of human-beings. We lost our dignity during the middle-passage and along with so many thousands of bodies thrown into the sea, we never got that back.

It bothers me to know that blackness is manufactured, marketed, and consumed by the masses. Which means that we seem to have very little control over what we actually are. Anyone can listen to the right records, dress in the right fashions, and use the right slang, and be transformed into a black person. Because we all know that being black is cool, being black is fly, and being black is so desirable—until the police need someone to victimize that is. Police brutality always separates the real black people from the imposters. Contrary to what David Starkey said no white person wants to be black like Oscar Grant or Mark Duggan. Please believe that while being black is fun it’s definitely not worth dying for. 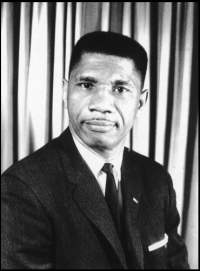 Yet so many people have died in order for us to live. There have been so many Medgar Evers’, Patrice Lumumbas’, Bobby Huttons’, and Malcolm X’s. There have been so many hardworking, humble, righteous social servants that have been murdered for representing black people in a positive way in the past 50 years alone that I can’t even count them. So why is it that these people have not come to define what it means to be black? Why is it that in times of woe everyone seems to forget what these individuals stood for? It’s strange how these brilliant people are always depicted as anomalies as opposed to general representations of black resilience and self-determination. I wonder how that came to be? I would like to know if that’s our own fault as black people for not teaching our young properly, or is it part of a grand plan to systematically oppress us? Or maybe it’s both.