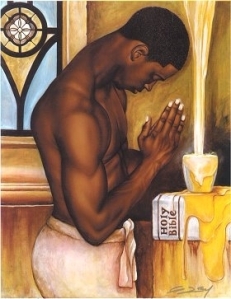 It’s amazing to me how when you pose a question to a person regarding their musical taste you say; “Hey what kind of music do you like to listen to? Do you like reggae, classical, hip-hop or what?” But when you want to know something about their taste in literature you must first ask; “Hey do you read?”

So many folks depend on other people to think for them and then they take to the streets in a rage when they discover that their trust has been violated. When they hear about their beloved pastor’s sexual indiscretions, or when they learn that their political leader has been accused of accepting bribes. Of course these people are going to abuse their power. If you treat a man like anything more than a man then he will soon convince himself that he is god.

What would happen if we purchased as many books as we do CD’s? What if the demand for literature was so great that instead of going on I-tunes people downloaded millions of poems for a dollar a piece? What if people turned off the television and read newspapers from all over the world? What if all Christians actually read the bible and held their religion in their head and hearts as opposed to leaving it in the church every Sunday?

If these things were to occur then people would no longer allow themselves to be the cheap disposable tools of demagogues. People would cease praying to man and would finally begin praying to god.

2 thoughts on “The Holy Men”