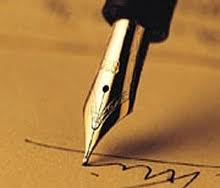 But then maybe that’s the problem. Everyone wants to escape and no one wants to deal with what’s real. Any man can have a beautiful woman on his arm and still be hollow inside. He can still be insecure. He can still be incomplete. Then when the money is low and his swagger is marred by some unforeseen circumstance who can he depend on? Can he depend on himself to get through tough times or will he lean too heavily on his beautiful woman who, unaccustomed to having to support a fully grown man, flees the situation for one that is more stable.

She looks for a man who is as confident as her old man used to be when they first met. And now her ex-boyfriend is left alone with all of his weaknesses and insufficiencies. His high has come crashing down. His bed has never been colder and he has never felt like less of a man; not even when he was a boy. He wants his pride back. He wants confidence. He wants another taste of euphoria, so he goes out in search of another woman. He never aims to fulfill himself from the inside out. All he wants is a beautiful thing to take home with him. All he wants is another fix. All he wants is to escape.

So where does that leave me? I too have a void but I choose art over flesh. Although the woman is beautiful her radiance tends to blind mortal eyes. Black and white is just fine for me at present. I place my black ink on this white page and share it with the world until my high never comes down.