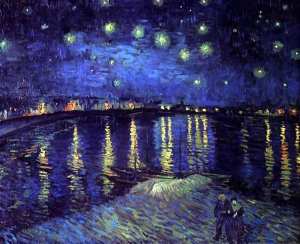 Is there anything wrong with watching a woman dance? Is it a crime against manhood to be perfectly content with watching a strikingly seductive lady in heels move to the music before you with minimal conversation, no touch, and no future plans of hooking up?

I was at a lounge with a small dance floor. I had a little Hennessey, shared a few laughs with my friend, and began to relax. The woman was with a friend as well. She was the kind of lady that wasn’t afraid to be goofy. Incidentally the D.J. was on that night; playing every song that you remember and love from the early 90’s. She did The Robocop and The Butterfly for a few songs before she got serious and broke it down slowly.

She seemed to be O.K. with dancing with her friend the whole night—in a way that only two women can do—but every now and then she would peek at me over her shoulder and I would smile at her. Maybe she wanted me to approach her or maybe she just wanted to see if I was looking but we definitely made a connection. I admired her in the same manner that museum patrons admire the art— from a short distance and without touch.

Earlier this year I got a chance to see Vincent Van Gogh’s Starry Night Over the Rhone when it was at the Fine Arts Museum in the city. The difference between the original painting and the highly ubiquitous replica was stunning. The colors were so vibrant, the paint was so thick, and the yellow stars actually appeared to glow. I liken it to hearing your favorite song on the radio versus sitting in the front row of an arena when the artist performs it live. They just aren’t the same. So when I saw the painting I really wanted to touch it. I wanted to feel the individual brush strokes, to rub my fingers across the uneven surface, but that would have been distasteful. The natural oils from my skin could have ruined the art; and what would that make me if I were to ruin something so perfect.

I do not wish to objectify this woman but to me she was as sacred as a Van Gogh painting. I didn’t want to touch her or get too close. I only wanted to appreciate her from a short distance.

3 thoughts on “Another Moment”