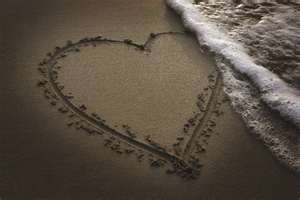 Is there such a thing as too much freedom? I pose this question in response to the extremely high divorce rate along with the very common American practice of having children out-of-wedlock. I feel like part of the problem is we’ve advanced as a society perhaps a little too much and we’ve become liberated in all the wrong areas.

From the time of the very first homo sapiens until right now I doubt that human sex practices have changed very much. As long as there are young people with very little responsibility they will always take chances. Translation: Unexpected pregnancies are bound to happen. This is the same thing that happened to our parents, our grandparents, and our great grandparents. They got a little frisky in their youth, one thing led to another, and they became pregnant. The only difference is when they got knocked up they got married and for the most part we don’t. And why don’t we? Well basically because we don’t have to.

Back in the day, however, it was mandatory. If you got a woman pregnant you were stuck with her for life. And once a couple was married there was no getting a divorce. A woman couldn’t leave a man under any circumstances and so she was stuck with him as well. He could be beating on her and she could be cheating on him but it didn’t matter–you worked things out. And I know it sounds oppressive (well basically it is) but at the same time there’s a certain honor in that. There’s a certain pride in being down for somebody for the rest of your life and having them be down for you. I kind of admire a society that pressures couples to stay together no matter what as opposed to being OK with spouses who file for divorce over secret text messages.

I don’t know maybe I should enjoy the new freedoms that we have but it becomes hard when I look at the poor shape of our families. I mean I’m not saying that people should live a lie when they are clearly unhappy but the truth is no one is perfect. We all have our issues so what’s wrong with suffering a little bit for love?

One thought on “Down for Life”