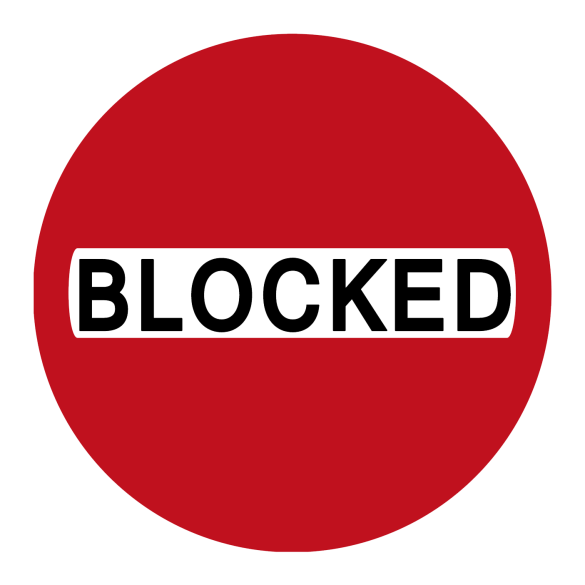 Social media has created the most savage society in the history of humankind. Imagine being capable of making someone disappear without killing them. We establish real relationships with people online only to strike them dead as soon as they say something disagreeable. We leave no blood, no murder weapon, and no body. We just unlike, unfriend, unfollow, and BLOCK people so that we never have to hear from them again. We could have several pages worth of beautiful dialogue with another person. There could be years worth of liked photos and uplifting comments that instantly disappear once the BLOCK button is pressed.

Consider the following scenario. One night you decide to follow a person who lives on the other side of the country because you think their comment in The Shade Room is hilarious and also because you think they are kind of cute. Then they follow you back. Now the two of you have a relationship. Via social media you were at this person’s trip to Las Vegas. You go to the company picnic with them four times a year. You feigned joy for them when they got engaged and you secretly celebrated when it was called off. You sent a DM reassuring them that “Everything is going to work out for you. I can feel it.”  and that they were still the “hottest thing on the internet” followed by a fire emoji, kissy face, heart, heart, heart. You went to Jamaica with them. You were the only person in the chatroom when they went live on the beach at 2:00am. They waved to you. And I don’t mean they pressed the wave button on their phone, I mean they actually looked at you and waved. Once you planned to take a trip to their city but it fell through the last minute when your mother got sick. Twice they said they would visit you but they never followed through. It’s ok though because the mystery of everything keeps the relationship hot. You are a voyeur of sorts. You’re a guardian angel or maybe even a genie. You only exist to the person when they need you to exist but really you’re there all of the time, watching, smiling, and laughing. You are totally immersed in the story of their life. You want to play a bigger part but at the same time you are very good at your role. And then it all vanishes.

They stop viewing your stories. You posted three new pictures and they didn’t like any of them. It’s so unlike them. Then you DM them and it goes unseen for three days even though they continue to post stories regularly and you continue to see their comments in The Shade Room. What the hell is going on? What did you do? You wait about a week then you go to their page to send them a DM asking them are they ok. That’s when the screen reads that the page does not exist. You reason that they’re probably taking a break from social media. There’s no way that they would BLOCK you after you’ve consistently supported them for four years. Then you check their page from your back up IG account and it’s confirmed. They definitely BLOCKED you.

You want to pour back over your messages to see where you could have possibly gone wrong but you can’t. You no longer have access to any of the DMs that you share. They were destroyed in the conflagration of you being BLOCKED. The poems that you sent them when they asked if you’re a writer, the James Baldwin quotes you sent them to express how you felt about growing up the ghetto, the pictures of you at the club with your squad, the YouTube videos of the oldies battles that y’all used to have on Sunday nights—it’s all gone. And there is no way to hold the person accountable. To you they were an essential part of your life. To them you were disposable. Now you’re BLOCKED and distraught. You can’t figure out what you did wrong other than to care deeply for a person you’ve never actually seen.

Social Media has made millions of hearts obdurate. We have created a society in which individuals can’t see the humanity in the very people we engage with on a daily basis. We leave the most disrespectful comments for attention. We block people who have opinions other than ours. We go on rampages and unfollow people because we’re having a bad day. Social media has enabled us to call thousands of people whom we have never met our friends while simultaneously giving us the opportunity to erase all of those same so called friends. It’s a creation that eats away at the bond of kinship that is essential to any high functioning society. For every day that we spend believing that social media is a proper surrogate for real human interaction we BLOCK our own growth.